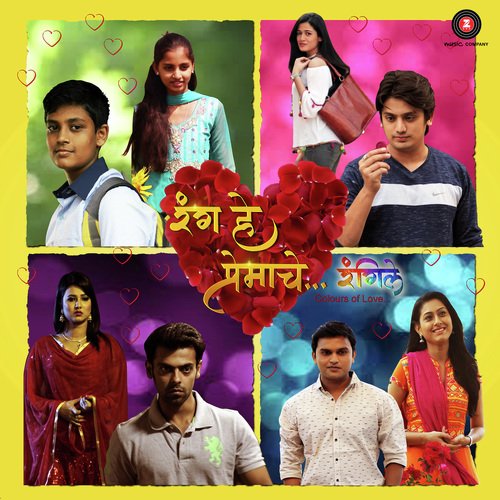 Unlike a number of M Town films hitting the screens, we also have songs in Marathi too are seen getting released. We now have a new song from the film called ‘Rang He Premache Rangeele’ which was released recently. The song ‘Pahuni Tula Na Kalale’ happens to be a romantic track, which was released lately in the media and is doing waves among the Marathi listeners. The song is pictured on the couple called Kunal Devalkar and Siddhi Dalvi.

Taking a dig deeper into this song, we get to hear that it depicts the feelings of a few college going characters in it. As you check the lead characters in the song, they are seen having a secret kind of liking for each other and the way they are seen progressing with their love, which is being shown so nicely in this romantic number. The song was sung by a very talented singer called Keval Walanj and he is the man who has composed the song.

The lyrics have been penned down by the man called Vipul Shivalkar. The music of the song seems too fresh for this romantic number making it so soothing, which would certainly going to hold your soul as well. This song would definitely going to take the audiences on a romantic ride. So, what do you have to say about this song and others, what do you say, do let us know about it. Meanwhile if you are still to check this song, how about catching up as under: