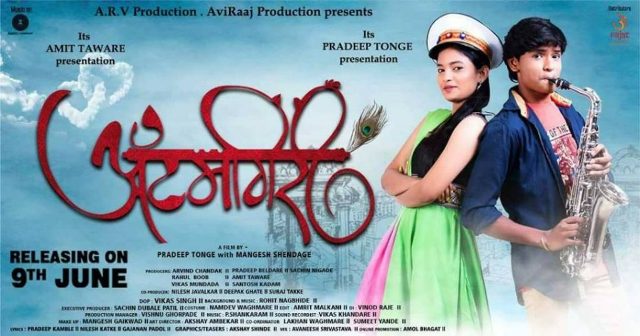 School days and college days are like the back pages of notebooks. Like saving a peacock feather in between the pages of books, similarly we have saved many memories in our hearts. Such magical were the good old days. The movie which reminds you of such good old days is ‘Itemgiri’ whose trailer was released recently. A.R.V Production and Aviraaj Production’s joint production is the movie Itemgiri whose direction has been done by Pradeep Tonge and Mangesh Shedage.

Itemgiri…. This word is close to young generations. But in the movie this word is used in a positive way says director Pradeep Tonage. He further says , in the movie along with college fun, fights and playfulness we have tried to spread social awareness too. In the movie along with refreshing memories of good old days it’ll make us ponder over it too.  Amit Taware, Vikas Mundada, Rahul Boob, Arvind Chandak, Pradeep Beldare, Sachin Nigade, Santosh Kadam are the producers of the movie.