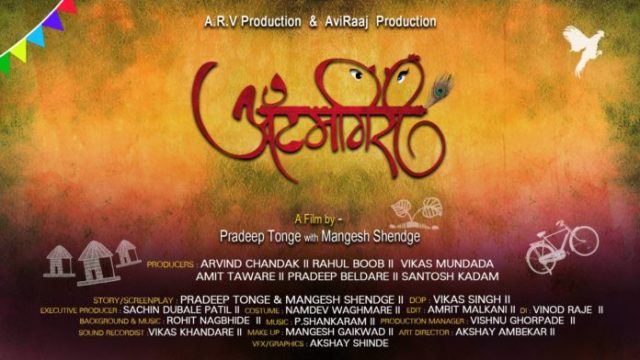 Synopsis: The Marathi movie Itemgiri has been making headlines in Marathi media for the strange and interesting title. The film is directed by PradeepTonge and MangeshShendge, while it is produced by a slew of producers like  , Rahul Boob, VikasMundada, Amit Taare, Pradeep Beldare, Santosh Kadam under the banner of ARV Production & Aviraaj Production. The film has an interesting star cast which includes Rajeshwari Kharat, Hansraj Jagtap, Rahul Pune in the lead roles. The music has been given by P Shankaran while cinematography is carried out by Vikas Singh.

The film was supposed to hit this year but is pushed to the next year for the obvious reasons. Talking about the film now, it is a love story, which comes along with a different style all together. Well, if you believe the makers of the film, they call it a love story but but with a great difference. They say that the movie has love in its own itemgiri style. The story of the film is given by Pradeep Tonge and Mangesh Shendge, while the screenplay for the movie is carried by the same two people. Stay tuned for more on this film and other M Town movies.