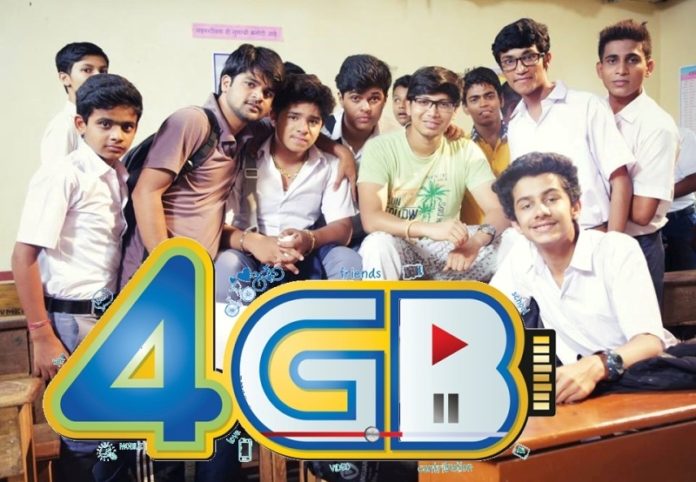 Synopsis: The M Town is certainly not short of good movies with interesting titles. And one such movie is called 4GB, which has an interesting star cast all young and novices in the Marathi Cinema. the film is directed by Sachin Ambat, while it is produced by Mitesh Chindarkar and Pritish Kamat under the banner called Adblabs Productions. The makers of the film have just released the first look poster of the film without giving much of the details about the same.

However, they have claimed that the film would be hitting the theatres in the coming year somewhere in the midway of 2017. The film has an interesting title, which is self-explanatory, which simply means that it deals with the contemporary genre film revolving the life of the mobile generation who are behind the high speed internet usage along with having the urge of getting a bigger memory space in their devices including smartphone and tablets. Stay tuned to know more about the same and other Marathi movies here.