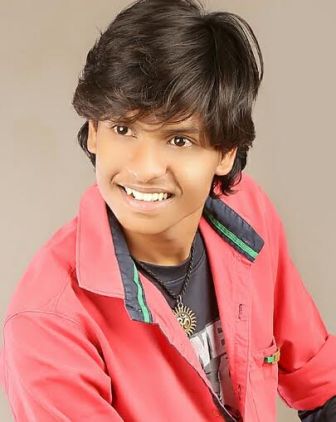 The complete name of this M Town actor is nothing but Hansraj Pandurang Jagtap and he hails from Beed, Near Aurangabad wherein he was born and brought up at. He was Born in the year 1999 and as of 2018, his age was around 19 years. He has completed his education at the Champavati Vidyalaya. As of 2016, he is following a degree in Dramatics in first year of college. In his family he has his Father Pandurang Jagtap who is a teacher at a Zilla Parishad school while he also has one brother and other two sisters. None from his family had a background in acting or films.

Once he met actor Mangesh Desai in Aurangabad and Lalit Kala Mahotsav, who advised him to start a career in films and acting. He then got his Bharatnatyam since he was a child. However, his professional life started in M Town at the age of 13 year old for which he got an award winning film ‘Dhag‘. Shivaji Lotan Patil was the director of the movie.  He won the lead role of Krishna by beating hundreds of child competitors in the said event. Usha Jadhav, the award winning actress also was seen playing the character of Yashoda, Krishna’s mother while Jogwa actor called Upendra Limaye was also seen playing the character of Shripati, Krishna’s father.

He then was seen getting the National award for best child actor category for this performance. The film also had swept a lot of awards that very season that included the Mata Sanman and many others. He was then seen bagging eight different awards for this very role. In the year 2016, he was seen in the movies Itemgiri, Ziprya and Gajya. Rajeshwari Kharat, the girl who played the role of Shalu in Fandry will be seen with him in the film called Itemgirl. Talking about his personal life, he is still single and not dating anyone as he is focusing on his career. Stay tuned to know more about her and others only with us.

The old memories will be back.. Itemgiri trailer released