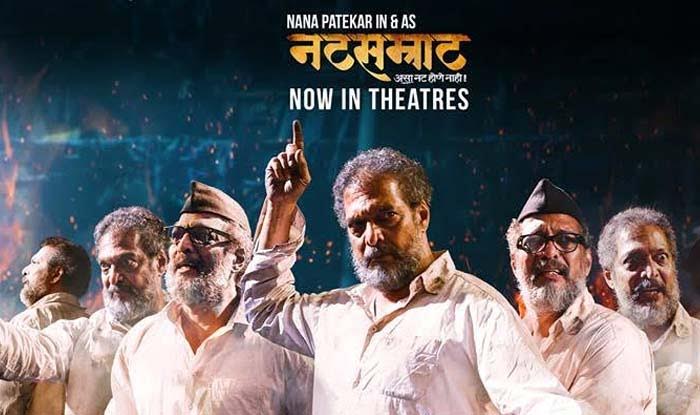 The legendary film Natsamrat starring Nana Patekar along with other slew of veteran actors has done a big business. Thanks to the rich content of the film and incredible performances of the actor Nana Patekar, the film managed to secure 22 crores after the end of the second weekend collection. The film was released on 1st January 2016 and in the last three days, the film, which is its second weekend, the film managed to secure the collection 10 crores, which is really rocking for a M Town film.

The film is presented by Zee Studio and produced by the Gajanan Chitra’s filmmaking company called Fincraft Media and directed by Mahesh Waman Manjrekar the Great Maratha fame director. The film is called as the landmark film in Marathi Cinema, which deals with an actor who has enjoyed his stardom and his sufferings after his days, fades away. In fact, his own family rejects him and compels him to stay at the streets of Pune City. With such a great feat, the filmmakers have thrown a grand success party for its cast and crew wherein they all had gala time together.