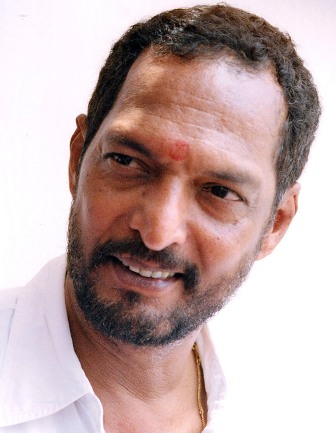 Watch Nana Patekar in any of his films and you will never forget him. That is the powerful acting of nana who has many awards to his credit. A versatile actor in Marathi and Hindi films, he is best known for his roles in the films Tiranga, Krantiveer, Parinda, Prahaar and Agnisaakshi in Hindi. In Marathi he is very popular for his works in the films Gad Jejuri Jejuri and Raghu Maina.

Nana came into prominence in the 1980s and 1990s when he emerged as an unconventional hero. He played characters that are modeled on social rebellion. Nana played the protagonist in films like Tiranga and Krantiveer in which he is an ordinary citizen who raises his voice against unjust practices of the corrupt rich men. He has been stereotyped as an over the top actor who is powerful and also quite loud. For Krantiveer , he won the national award for best actor in the year 1995.   Later he explored his roles in a very interesting manner. He has played the villain, he has played the friend , he has played the father. Nana’s versatile acting abilities could not stop him from portraying a host of different characters. He was excellent at comedy and equally good at provoking your sympathy in mute and dumb father’s role in Khamoshi. In the Sanjya Bhansali directed film, he played father to Manisha Koirala who is the daughter of a dumb and mute couple and becomes a singer. Previously Nana had played Manisha’s husband in the film Agnee saakshi .

He played a significant role in the Amol Palekar directed Thoda sa Rumani ho Jaye in which he played a fairy tale like character who claims to have magical powers. Making a surprise entry in the story, he with his so called magic transforms the life of other characters for good. In Parinda, he essayed the role of a mafia head who brutally kills the innocent character played by Anil Kapoor and Madhuri Dixit. Gulame Mustafa and Maqbool were few other splendid performances by the gifted actor. In the British television series Lord Mountbatten, the last viceroy of India , he played the character of Nathuram Godse.

Nana has also emerged successful at comedies like Welcome in which he played a don who falls in the trap set by a girl. His spontaneous and hurried delivery of dialogues, his excellent expressive face.. all have made him a true actor who can transform any character on screen.