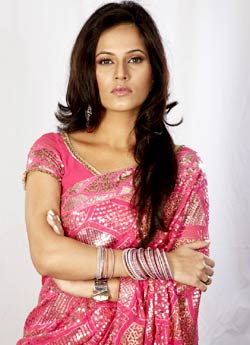 For Manava Naik , acting came as an obvious choice of career. Being the daughter of Meena Naik, an accomplished actress in Marathi and Hindi serials, she turned to acting at a young age. Encouraged by her parents, she took her first step in acting through television advertisements. Later on the channel Star one, she was signed for the serial Special Squad. She played the role of Neha Nayar, one of the youngsters in the squad. The actress was noticed for her fine acting and a naturally expressive face as her mother’s. She further bagged few good serials. Her first prominent role came in the year 2007 in the serial Teen Bahuraniyaa in which she played one of the three daughters- in -law. Later in the year 2008, she acted in Ashuthosh Gowarikar directed film Jodha Akbar. She played a small role of Neelakshi. Though it was a small role, Manava stood up with her performance.

Following this she acted in Marathi and Hindi serials. Among these her role of Dimple Kotak in the hit serial Baa Bahu Aur Baby is notable. After these she shot into Marathi film industry with few of which were commercially and critically successful. The year 2012 in particular was a successful one for Manava in which she portrayed roles with different shades. In Dum Asle Tar, Manava played the lead female role. No Entry Pudhe Dhoka Ahe was a completely different film from the former and was a comedy based on extra marital affairs of married men. She played one of the wives whose husbands are having affairs.

Later she became a part of a much critically acclaimed film Kaksparsh in which Sachin Khedkar and Priya Bapat played the lead roles. Manava , who played a small role in the film was noticed for her skilled acting.

In the year 2014, Manava took to direction which was a long nurtured dream for her. She adapted an interesting subject for her first film, Porbazaar, as director. The film was based on a group of students who inadvertently discover a gang of child traffickers. How the youngster tackle the situation formed the story of the film. Sai Tamhankar and Ankush Chaudhary played the leads in it. The film released in September 2014 and got positive reviews. Farhaan Akhtar did a cameo and had a mouthful of appreciation fro the young director.

One reason that prompted her to turn into a director so early in life is her fascination with the art that she has been observing as a child with her mother.