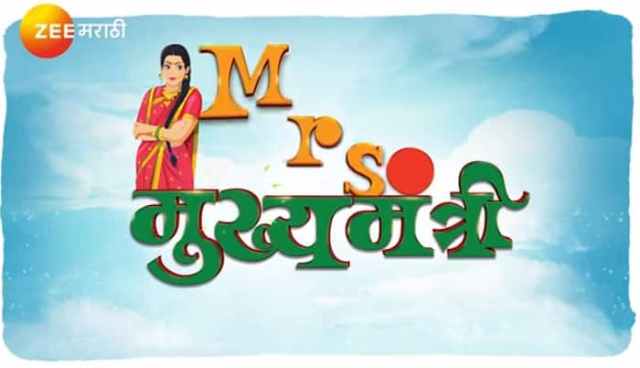 Synopsis: The popular TV Channel – Zee Marathi is back in news and this time to bring out the next TV Show called Mrs. Mukhyamantri. The TV Show has Amruta Dhongde and Tejas Barve in the lead roles, while it will be replacing the TV show called Lagir Zal Ji. The makers have already released a teaser where you can see the leading lady of the show Amruta Dhongde in the role of Mrs. CM on a drive to her village when she finds out the cows and buffaloes in her way. She comes out drags her out when the police and people in her security are unable to do so.

The TV show would be aired at the said channel sharp at 7 pm and it will be hitting the small screen on 24th June. Talking about the leading lady, Amruta, she was last seen in the TV show called Mithun that helped her to get her debut in the small screen in the regional TV. The makers have decided upon the release date of the TV show and it would be hitting on the prime time thus giving the audience enough time to enjoy the show. The makers are yet to release any of the details except a teaser and other similar things, so you need to stay tuned to know more about it and others only with us.