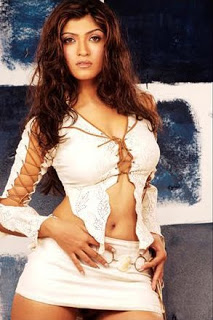 Not much long back , she was in the NDTV show Rahul Dulhaniya Le Jayega ,a much talked about reality show, wooing Rahul Mahajan and expressing her admiration for him. At that time Mrinmai Kolwalkar was a lesser known model based in Pune, freshly passed out masters of arts. The reality show not only made her famous but gave a push to her career in films. The actress , having appeared in many adds and ramp shows thereafter bagged a film in the yaear 2012 opposite singer and composer Harshit Saxena. Harshit was also a winner of the reality singing show and the youngsters were cast in the film Zara Si Life .

The film went unnoticed but it served as a launch vehicle to the young actress. The actress is now awaiting the release of her Marathi film titled MissMatch which is releasing very soon. Apart from this, Mrinmai is slowly gaining her foothold in the industry bagging good potential roles. Her latest film, MissMatch is releasing this month in which she is cast opposite Bhushan Pradhan . The movie is a love story of a couple who are completely different and uncomplimentary to each other. How the coupled discover their common quest for love and how the feeling of love dawn upon them is the story all about. The film is produced by Alok Shrivastav and directed by Girish Vasaikar .Recently in a short interview, Mirnmai claimed that her debut movie Miss Match is a love story but an unconventional one. The story and the treatment are fresh and she expressed her confidence that the audiences will welcome it warmly. In the trailer of the movie the couple look sizzling and their chemistry is interesting.