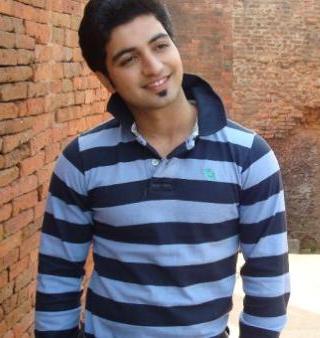 Meherzan Mazda is a popular Hindi television actor. He has their right boyish charm and the macho style to suit different roles in the TV serials. He came to light for essaying eh role of Mashtishk in the serial Seven. He has also played the important role in the show Nisha Aur Uske Cousins which was a popular family entertainer.

Meherzan belongs to a Muslim family in Mumbai where he spent most of his childhood. He got his education from the city and pursued a career in modeling from where he started looking for acting opportunities. Meherzan underwent a short training session for acting through which he got himself familiar with the nuances of acting. His first role came in the show Seven which was based on Indian mythology. This was followed by the serial Nisha Aur Uske Cousins on Star Plus. This family drama offered him lots of scope for performance. He played the role of sweet Umesh Gangwal who was an adorable character for many. The show had a reasonable good TRP and was high on family drama quotient.

Meherzan appeared as a player and anchor in Box Cricket League. He has also worked in a Bollywood film Luv Ka the End. It was a campus based young adult fiction. Although Meherzan was one among the multi starrers, he was appreciated for his work.

Presently Ekta Kapoor’s production house has cast Meherzan for the show Dhai Kilo Prem ( Dhai Kilo Ka Pack).It will be based on two overweight youngsters falling in love with each other. The show will go on floor soon on Star Plus. It is expected to be one of the best love stories on TV. Let’s wait and watch.