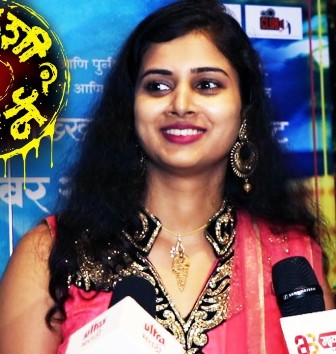 Malvika Gaikwad is an actress in M Town and she hails from Pune where she was born and brought up at. She had her convent education from Pune based school called St. Helen’s High School and since her parents were based in KSA (as her father was employed for 20 year), she kept on and off to this country till she finally returned to complete her Engineering from Sinhghad Engineering College. She loved this task and used to be the part of modern farming in the close by villages near Pune to try the things she has learnt in her graduation under own company co-founded by her called The Organic Carbon. She was not all fond of movies or TV and acting for her was just by chance when she was spotted by a friend of Pravin Tarde (Director of Mulsi Pattern) in her gym.

He was known to her asked her to meet the director as he was look out for a new face for his upcoming movie. When she met the director, he was convinced that she found someone who resembles to the character of the lady in his film. However, he had to polish Malvika in terms of her language since she was not par to the requirement as her upbringing was based in India and abroad. She got her training for her language and diction that was required in the film along with honing and getting acting skills to prepare for the upcoming movie.

She did well and picked up the lessons quickly that lasted for two months. She then did the role of the lady in the family who got displaced to city life after losing their land to people and also the money they have obtained by selling it to the mighty businessman. She did her debut with this film called Mulsi Pattern and she intends to go long in her way in her new career. Talking about her personal life, she stays with her mother while is still not hooked to anyone as she is focusing on her career at the moment rather than getting linked with anyone. Stay tuned to know more about and others only with us.