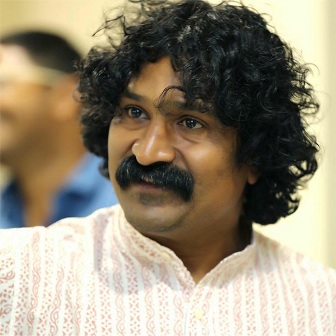 Pravin Tarde is an actor and director who is primarily more active in Marathi films. He was born and brought up in Pune and did his education in this city. He completed his schooling from Bharti Vidyapeeth More Vidyalaya, Pune and later went on to do his graduation in Law from the ILS Law College, Pune. He completed his junior college from Yashvantrao Mohite College, Pune. During his college, he was also active in sports and has been a national level athlete in Kabbadi. He also owns his business firm called Club 11, Pune. He went on to do try his luck in acting once he felt that he should be the part of films and TV.

He headed to Mumbai to make his entry into this field. He first got involved in theatres during his college days and later continued when he reached in Mumbai with Sunil Kulkarni. He also got involved in writing and direction and some of his plays and movies that involved his writings include Kukku, Pinjra, Tujh Majh Jamena, Kanyadaan, Kutumb, Pitrarin, and Rege to name a few. Also, we know him as a director hence some of his ventures include Deool Bandh as director and Kokanasth as Asst. Director. His film Deool Band was the biggest hit in 2015.

He also acted in a number of M Town movies, and some of the films that are known for his good work include Harishchandrachi Factory released in 2009, Fandry released in 2013, Yellow released in 2014, and the known movie with Nana Patekar as Natsamrat released in 2016. About his personal life, he did not share much about the same. Stay tuned to know more about his life and others only with us and if you have anything interesting to share with us do let us know by commenting as below.