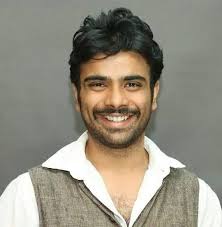 Om Bhutkar is an actor primarily active in M Town. He was born on 1st March 1991 in Pune and brought up in the same city. He did his schooling from Pune from Abhinav Vidyalay while his college from B.M. College of Commerce and later M.Com from the same college and university of Pune. He was active in this field since past so many years he has been active in cultural activities that made him think about entering into this field of acting. Once he completed his education, he headed to Mumbai to make his career in this field.

In fact, his journey in acting started when he was a child and worked in film Chota Sipahi in 2005 as child actor. He bagged the best child actor award for the same. He then was seen in the film called Ek Cup Chai in 2009 and then in Chintooin in 2012. In 2016, he appeared in the film Astu So Be. His other movies include Lathe Joshi, and Zindagi Viraat. Some of his recent movies in M Town include Mulsi Pattern, and Naal both released in 2018.

Besides, he is also active in theatre and have done a couple of plays including Sukhan, Aashaadhatil ek diwas, Mi Ghalib, and Don Shoor. He likes Mutton Biryani, while his favorite actors include Tom Hanks and Richa Chadda. He likes Urdu Poetry. He likes his City Pune a lot and calls it to be his favorite city. Talking about his personal life, he is still single and is not dating anyone as he happens to be focussing on his career rather being in relationship with anyone. Stay tuned to know more about him and others only with us and do let us know if you have anything interesting about his life by commenting below.