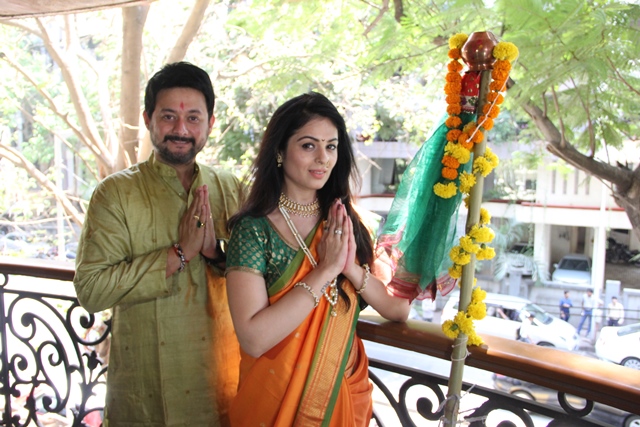 Marathi cinema known for its content has always inspired the Bollywood and other regional film makers to get associated with this industry. Extending this trend, award winning and much respected Film maker Sanjay Leela Bhansali is all ready to release his debut Marathi film ‘Laal Ishq – Gupit Aahe Saakshila…’on 27th May 2016.

The movie is starring Marathi’s most popular actor Swwapnil Joshi and Bollywood actress Anjana Sukhani. On the auspicious occasion of Gudi Padwa, this lead pair celebrated the Marathi New Year in a traditional way. They expressed that Gudi Padwa is a perfect day to start something new and this grand in their life.

Under the banner of Bhansali Productions, the film is written by Shirish Latkar, directed by Swapna Waghmare Joshi and Co-produced by Shabina Khan.