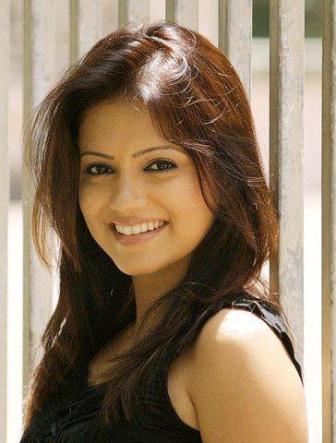 Kadambari Kadam is a popular name in Marathi Cinema who entered the stardom with Teen Bahuraniyah. She works in Marathi films and a number of TV serials both of Hindi and Marathi language. She was born on 13th October 1988 in Mumbai and brought up in this city as well. She did her schooling from the popular school called Goregaon Vidyamandir, Mumbai. Since childhood, she had the dream of becoming an actress and her first stage performance was seen in 1991 when she was barely three years of age. She is married to Sameer Desai and gives credit to her success to her husband.

Before entering into Marathi Cinema, Kadambari worked in smaller screen starting her career with TV series called Tuz Vin Sakhya Re, which was aired at Star Pravah followed by others including Maharashtracha Nach Baliye on the same channel. She then got the chance to do Hindi TV series including Kehta Hai Dil aired in Star Plus playing the character of Janki, Kabhii Sautam Kabhi Sahelii for the same channel. Her other TV shows include Teen Bahuraniya, Deep Stambh, Akapit, Indradhanushya, Deep Stamph, etc. Apart from the TV and movies, she has also done a number of stage shows and dramas, which include See You Again and Chimana Bandhato Bangala.