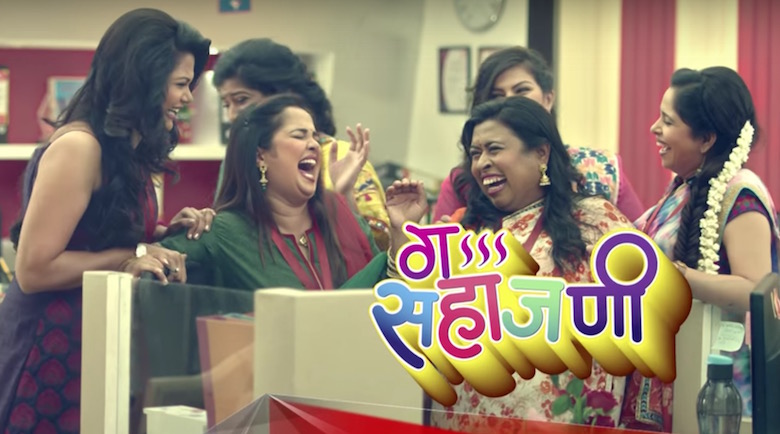 Ga Sahajani is a woman oriented TV serial on Star Pravah. The show is being aired from 10 October and is getting good response from female audience. Being aired in the prime slot, the female audience is glued to this new show that has six leading characters. Six ladies, working in a bank, come from different family backgrounds and become good friends. They share their joys and problems as they also deal with ill feeling and jealousy amongst themselves. It can boast of a rare story that is about camaraderie and sharing between colleagues. Despite of

Production: Ga Sahajani is produced by Purushottam Berde who has provided quality entertainment serials and films to Marathi audience over the years.

Girija Oak, the beautiful actress who has carved a niche of her own in the field of television and movies, plays the role of a senior employee named Vidya Vispute. The actress has returned to TV after a gap.

Ratris Khel Chale Nears its End, Mystery to be Revealed