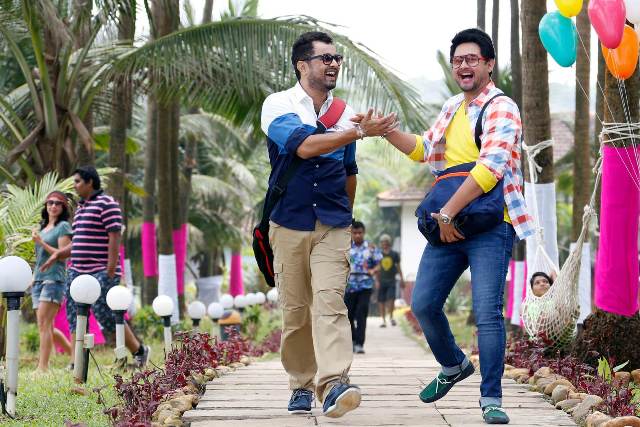 Marathi cinema touches each and every aspect of our lives and portrays them on the screen with vivid reality. Fugay was expected to release in November but owing to demonetization the makers postponed the release waiting for an apt time. The time did come and the expectations were much higher. Thankfully the film did not face much competition from the other release Dhyanimani which lacked and attractive star cast to attract audience. The movie was a rib tickling comedy besides being an eye opener to the issue of homosexuality in our country. The first day opening collection of the film was 12.34 crore but what made all the difference was the film’s great reviews on the internet and print media. With Swapnil Joshi and Subodh Bhave themselves backing the film at the production level there was sufficient promotion to increase curiosity among the audience. All promotions tactics worked right as the movie got an above average response at the box office.

Swapnil and Subodh play two friends who are mistaken as gay under some special circumstances. How they get through the labeling and untangle a queer mystery is an effective and intriguing premise. The film collected a total collection of 13.48 on the weekends. The working days saw a lull in the turn out with only the youngsters registering occupancy in the theatres. Fugay got around 85% occupancy rates in the theatres in Mumbai and Pune while Nagpur and Nasik too got high occupancy. The big cities got great response for the Swapnil and Subodh can boast of huge fan following. At the close of sixth day, Fugay made a total collection of 34 crore at the box office.