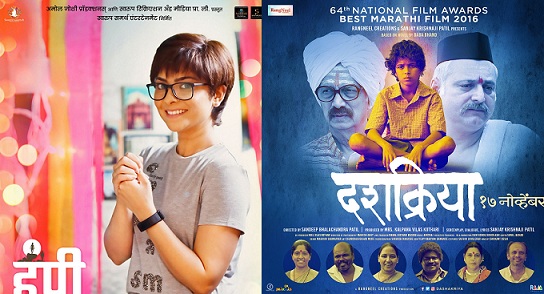 The M Town also has a busy Friday, as it had two movies releasing the same day, which included Dashakriya and Hampi. Now, let’s talk about these films and the way these have performed in the screens. Let’s start with the first film called Dashakriya, which happens to be a drama movie and directed by Sandeep Bhalachandra Patil, while it is produced under the banner of of Rangneel Creations. The film has Dilip Prabhavalkar, Aditi Deshpande, Anand Karekar, Jayvant Wadkar and Manoj Joshi in the lead role. Now, talking about the performance of the film at the box office, it failed to impress the audience with a competition that seemed better than it.

As per reports, the 1st weekend box office collection for Dashakriya is around 3.5 crore, which is still a decent figure for the movie considering the fact that it has got mixed reviews and shabby promotions in the media. Now, talking about the other film called Hampi, the film is directed by Kunte, while it is produced by Yogesh Bhalerao and Chaitanya Akolkar. The film has Sonalee Kulkarni, Lalit Prabhakar, Prajakta Mali, Priydarshan Jadhav and Chhaya Kadam in the lead roles, which seemed to have got a decent reviews making the film a good collection.

The film has treaded a decent path on the first day, which extended to the first weekend as well. With occupancy at most of the placed starting with 40 to 70 percent the collection of the movie. Collecting a decent amount of 2.1 crore, the film has gone up to increasing collection with a good figure. As per reports, the first weekend collection is around 7.71 crores, which is really a good figure to have at the box office. Now, let’s see how things movie in the coming week for the movie. But as of now the picture seems too rosy for the makers.