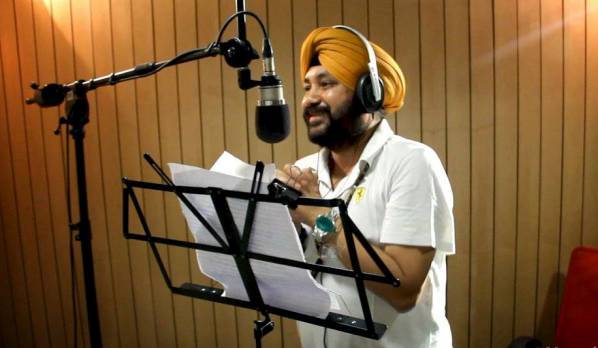 Daler Mehndi, who is considered to be the king of Indi-pop, now has been successful to surprise his fans once again. He has come out with a Devotional song in the Marathi language. ‘Morya Morya’ is the title track that is dedicated to Lord Ganesh and is stated to have been made for ‘Janiva’, an upcoming Marathi movie. The song is rather a tribute towards Lord Ganesha. Daler Mehndi’s voice is said to complement perfectly the music. The high energy number does capture the very essence of the devotion that one can witness during the Ganesha festival.

The singing star is seen to be equally excited on recording his very first Marathi track and is eager to know the reaction of his enormous fans. According to him, “There is actually nothing much more exciting than to sing a song that is dedicated towards Lord Ganesha”, who himself is a staunch believer in God.

Srman Jain, the producer of ‘Janiva’ had met Mehndi on a TV show and roped him for this song. He had complemented Daler by stating him to be an amazing singer with a powerful voice, which is perfect for this song. After recording the song, Daler tweeted, “He found immense fun recording his first Marathi song and is expecting it to rule the charts.”

The song, “Morya Morya” is composed by the well known Harshwardhan Dixit, while penned by Kangane Mahesh. Rajesh Ranshingee is the director of the movie, while producer is Blueeye Productions and Aryana Productions.

Daler is all set to please the Maharashtrians with his voice. With the Ganesha festival round the corner, the song is expected to be well received by the general audience. He is also looking towards singing more Marathi songs in the future and to increase the number of fans further.