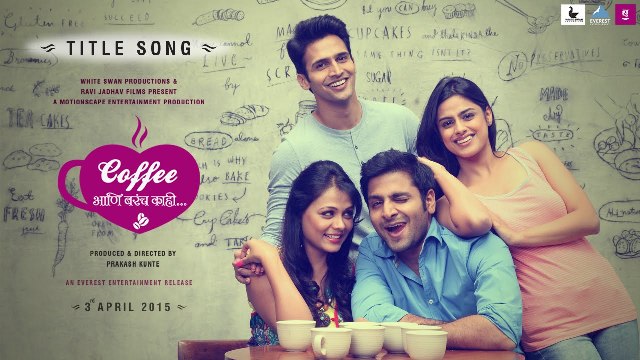 Coffee Ani Barach Kahi released this Friday to a lukewarm response. Prarthana Bahere and Vaibhav Tatwawadi starrer love story did not have a great day at the box office on its first day of release. Also ,it got adverse reviews from the critics. The main criticism the film faced was that it lacked freshness which is the main attraction of love stories. With a worn out story line and clichéd characters, the film could neither win hearts of the young audiences nor could it entertain the matutre audiences.

The film showed a low turn out in big cities like Mumbai and Pune. Nagpur, Amravati and Nashik where Marathi films do decently good business, showed a very low turn out. Lack of star presence and low publicity cost Coffee Ani Barach Kahi dearly. On the first of its release, it collected a meager sum of 50 Lakhs

With the world cup having wrapped up , and the vacation time having begun, the film industry is expecting a booming season before the IPL begins. In Hindi , Byomkesh Bakshi got a very good response and proved to be a show stealer this weekend. In Marathi Coffee Ani Barach Kahi was evidently disappointing for it registered a very low percentage of occupancy in the theatres. In collection on Sunday was around 80 Lakhs Byomkesh Bakshi, with Sushant Singh Rajput as the main lead, scored over the other regional films.