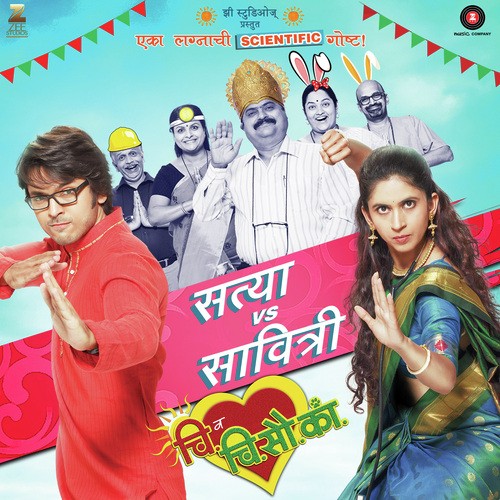 Synopsis: The M Town is not short of movies and soon we get to see movies like Chi Va Chi Sau Ka, which is directed by Paresh Mokashi and produced by Nikhil Sane under the banner of Zee Studio’s. The film has a long and interesting star cast, which include Lalit Prabhakar as Satya , Mrinmayee Godbole as Savi, Pushkar Lonarkar as Savi brother and Sharmishtha Raut as Savi Sister along with others like Bharat Ganeshpure, Jyoti Subhash, Supriya Pathare, Pradeep Joshi, Sunil Abhyankar and Purnima Talwalkar to name a few. The story of the film comes from Paresh Mokashi & Madhugandha Kulkarni, while the Screenplay & Dialogues are carried out by Paresh Mokashi & Madhugandha Kulkarni and the music is carried out by Narendra Bhide.

Now, talking about the story of the film, Savitri, who happens to be a veterinary doctor and Satyaprakash, an electrical engineer who seems to be polls apart in terms of taste, flair and personalities are being forced to marry each other as per the wishes of their parents. However, the two who seems to be apprehensive about getting married are seen taking the unanimously decision that end up creating too much of mess in their families. Now, what’s goes the next is interesting to catch. As the film is all set to hit the theatres soon.