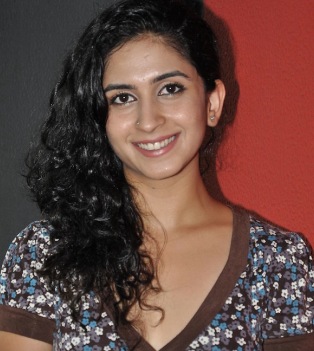 Mrinmayee Godbole is a known face from Marathi Cinema, who was born and brought up in Pune. She was born on 5th February 1987 in the city of Pune. She did her schooling and college from Pune itself passing out her degree in Philosophy from Fergusson College. She hails from a family of films as his father Shrirang Godbole is an actor and so is Suhrud Godbole, who happens to be a director of the Marathi films. After completing her college, she started her career with theatres doing a number of Marathi plays and then headed to the small screen and silver screen.

One of the popular plays in her career includes Swatantra Nagrik. Some of her popular TV serials include Agnihotra andDhabal – Ek Taas Timepass. She then got the chance to work in Marathi films include Rajwade and Sons, Baji and Katyar Kaljat Ghusli, while her recent movies include 20 Mhanje 20 which is all set to release the coming month of June 2016. As far as her personal life is concerned, she is married to Nikhil Mahajan, since Feb 2014. They were friend since past few years and her husband is a filmmaker who has made a couple of movies including Baji. Her father is also an actor Shrirang Godbole. Her brother Suhrud Godbole is also a director.