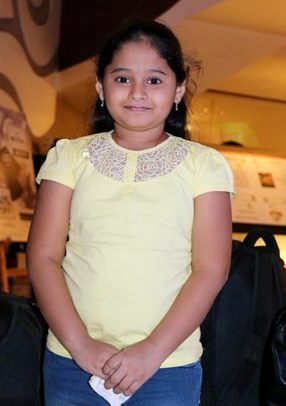 Mrinal Jadhav is a child actor of Bollywood and Marathi cinema. She is the director of Sanjay Jadhav who is popularly known in making a number of Marathi films. She is cute and popular child actress who is seen in both Marathi and Hindi films. She has been active since 2013 wherein she was seen in a TV serial Radha Hi Bawari and Unch Majha Jhoka.

She soon was the part and parcel of Marathi films, which started with film like Lai Bhari playing the character called Rukmini along with Riteish Deshmukh, Tu Hi Re, Nagrik, Court, A Paying Ghost, Time Pass 2 and Drishayam. Drishyam was among the hit films of 2015, which had Ajay Devgn in it wherein she played the role of a cute little daughter of the lead actor in the film. Her performance was appreciated by the audience catching up the films both in M Town and Bollywood.