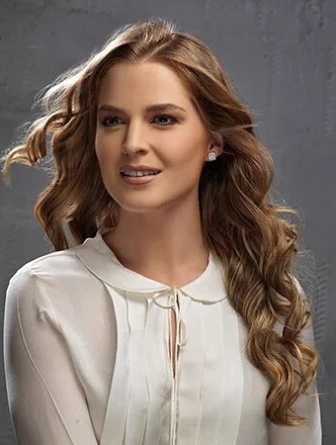 Paula McGlynn is a model and actor from Canada who was born and brought in Vancouver. She did her schooling and college from her native place. Soon after her college, she headed into modeling industry followed by trying her luck in acting; she headed to Mumbai to enter in Bollywood or regional industry. She took the decision to shift to Bombay was in the wake of having a number of Indian friends in Canada who encouraged her to head to this city to make her career in this field. However, she coming to India, she worked in Fuzz Mix Media Productions as film director.

When she came to India in 2013, it wasn’t that easy for her to get the desired role. Though she got some small time options and soon she got in touch with the Marathi movie making company called Gulbadan Talkies. As the director was looking out a girl from overseas, who visit India falls in love with the country and its culture she was seen the perfect choice for the film Pindadaan by Prashant Patil. She has taken lessons for the film. She took all her time to master the language so that she can give the best of her emotions over the silver screen.