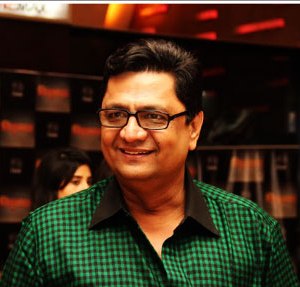 Rajan Bhise is a known name in M Town. He hails from Nasik wherein he was born on 28th Feb 1958 wherein he was raised. He did his schooling and graduation in Marathi literature from Nasik itself and soon after completing his education, he headed to Mumbai to pursue his dreams to act in films. However, as he reached Bombay, he got associated with a local theatre group and remained with the same for long doing a number of plays. One of the plays for he was popular includes libabaani Chalisitle Chor. After doing a number of plays, he then headed to do a number of movies.

Soon he got the chance to do TV serials, which include Chala Hawa Yeu Dya wherein he is the Host of the popular show wherein even a couple of Bollywood stars have visited to promote their shows in the Marathi audience. He then did Mala Sasu Havi, Shekhar Tipre – Shriyut Gangadhar Tipre and As Dabholkar in Ka Re Durava. Some of the Marathi movies he did include Road to Sangam, Ajinkya, Lagi Shaarth, Dehbhaan and Adhaantar. As far as his personal life is concerned, he is married to Smita Bhise on 17th March 1986.

Catch the teaser of Marathi movie Half Ticket