Chahul’s first episode to be aired on 12 December 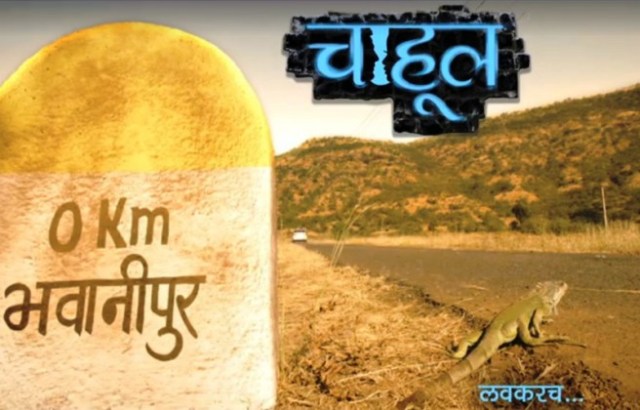 The much awaited suspense thriller Chahul will be beginning it’s journey on color’s Marathi from 12 December. The serial which is a horror show with a difference was earlier in news for the presence of a Russian actress in it. The pretty actress Lizan, is working in an Indian project for the first time.

Suspense thrillers seem to be the flavor among the Marathi serial audience. And now we have another horror serial in the form of Chahul. Sarjerao Bhonsale , played by Akshar Kothare has recently returned to his home town Bhavanipur. Jennifer, his fiancé comes alongwith him to settles down with him in Bhavanipur, unaware of what awaits them here. Chahul, meaning the soft sound of steps, is intriguing and the suspense will unfold gradually. The story assembles many elements like unsuccessful love stories of this small town of Bhavanipur and unsolved mysteries there while the couple embark on their own journey. That is quite interesting.

The posters of the serial has been created excitement for over some time now. The presence of a Russian actress in a Marathi serial is first of it’s kind on Marathi cinema.

Chahul will be aired from Monday to Saturday from 10.30 p.m on Colors Marathi.