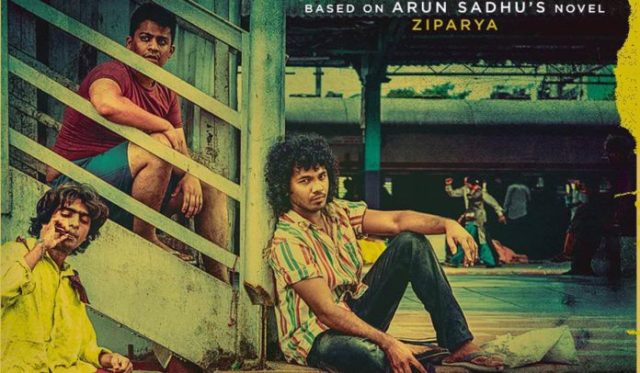 The M Town seems to be going ceaseless at the moment when we see several movies hitting time and again this year. One such movie which seems to have a loud buzz in the media is of the film called Ziprya, which is all set to hit the screens this month. The makers of the film have just released a teaser for the same, which seems to have created a good buzz in the media. Talking about the movie, the film is based on the known novel published with the same title that come along with the celebrated Marathi writer called Ziprya, while it has been directed by Jedar Vaidya. The movie has been produced by RD Productions in association with Divas Production while it is presented by Ashwini Ranjit Darekar.

The film showcases the harsh realities of small kids working on railway platforms who ideally should have gone to school to make their lives. These kids run their home with their tender money they earn doing odd jobs. The said movie talks about this subject and brings out the best before the world about the harsh realities. However, this does not mean that the film only talks about the low side of these kids who earn for their families but at the same time has many jovial and joyful moments to enjoy. The screenplay has extracted from the novel itself by the director Kedar Vaidya. The main and supporting lead actors of the film include Chinmay Kambli, Prathamesh Parab, Saksham Kulkarni, Amruta Subhash, Aman Attar, Devansh Deshmukh, and Nachiket Purnapatre .

Samir Saptiskar and Troy – Arif are the people behind composing the music for the said film while Samir Samant have jotted down the lyrics. The camera is handled by Rajesh Nadane while Umesh Jadhav has choreographed for the dances. Ice Hockey World Championships – an annual event run by the International Ice Hockey Federation (IIHF).  The film has already bagged three awards from the Maharashtra State Awards for different categories, which include Devendra Murdeshwar for Editing, Vinayak Katkar for Art Direction and Prakash Nimkar for Make-up. The film is all set to hit the theatres all  over Maharashtra on 22nd June.