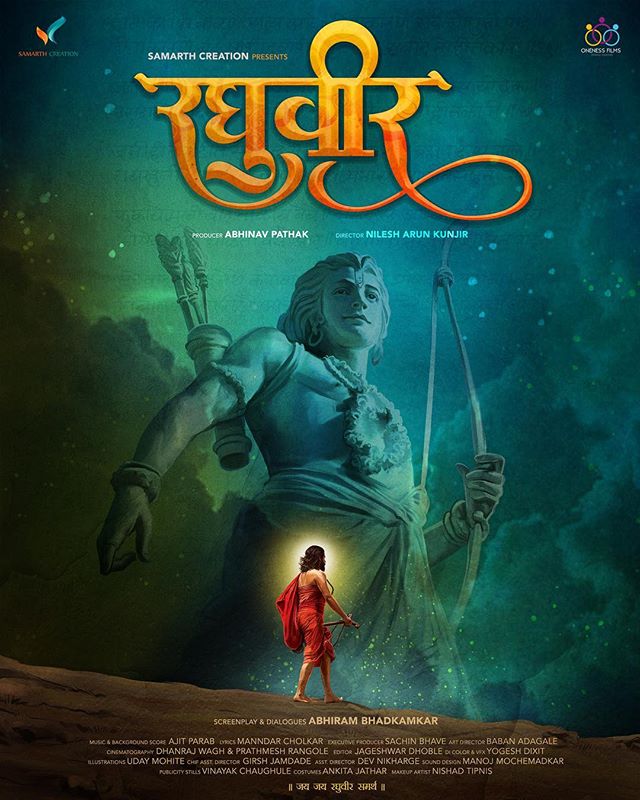 Synopsis: Higher Value for Money  – We value for your hard earned money, the more you invest, the higher would be the return to the maximum value of money. The M Town is not going short of any movies and this time, it was the film Raghuveer that has come into picture. It is a biopic, which the makers claim to be good to catch. The film has the story written by the man called Abhiram Bhadkamkar, while it is directed by Nilesh Kunjir and produced by Abhinav Pathak under his own banner called Samarth Creations. The makers have lately released the poster of the film which seems to be garnering buzz in the social media.

The makers are yet to release the star cast of the film rather than releasing one poster, they are yet to talk about anything else in the film. The Story, Screenplay and Dialogues have been jotted by Abhiram Bhadkamkar, while the Music and Background Music has been given by Ajit Parab, whereas the Lyrics have been carried out by Manndar Cholkar. The sound design has been composed by Manoj Mochemadkar, whereas the Cinematography (DOP) was carried out by Dhanraj Wagh and Prathmesh Rangole. The editor of the film is Jageshwar Dhoble, while the makers are yet to disclose the release date of the film.

The others in the list include the art director who happens to be Baban Adagale, while the costume is carried out by Ankita Jathar, whereas the makeup is carried out by Nishad Tipnis. The executive producer of the film is Sachin Bhave, whereas the Chief Assist director is Girish Jamdade. The makers claim that the film’s plot will attract the youth.

Catch the teaser for the most awaited M Town movie - Ziprya