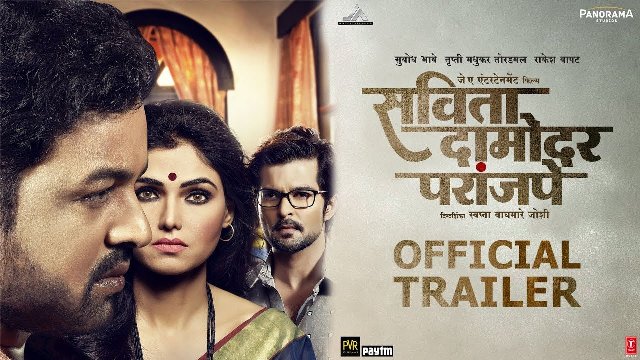 The M Town is popular for giving content driven movies. And a number of Bollywood stars too have got attracted towards several movies with the kind of content it offers. In fact, in the recent times we have seen a couple of B Town actors too getting engrossed in M Town films including John Abraham coming up with his venture in M Town along with doing his debut in M Town movie to be made under his banner John Abraham’s production house in association with Panaroma Studios. We also saw Madhuri Dixit too venturing in the M Town film getting her debut done with it. While John is positive about his film and says that he will be liked in the said movie soon to be released.
Now talking about the trailer, the film has the story which is a blend of many genre including romance, love, horror, family and thriller. The movie is directed by none other than Swapna Waghmare who happens to be the Fugay fame director, which has Subodh Bhave, Trupti Toradmal and Raqesh Bapat in the lead role. The actress Trupti Toradmal is doing her debut with this film who is seen playing a very difficult and challenging role in the said film. As we see the movie mainly connected to her character, it would be interesting to see how a young talented actress is going to perform a challenging role.
The film has Subodh Bhave and Raqesh Bapat also playing the interesting and unique characters which were tough to be seen them earlier. The entire ‘horror’ genre is hard to get explored in the Marathi cinema. And the trailer of the film ‘Savita Damodar Paranjape’ will truly going to bring the horror fans in the theatres who have been really waiting for some good horror films in the M Town. If you are yet to catch the trailer of the film, its high time you have a look at it and yes do not forget to comment on the same what do you feel about it. Lastly, stay tuned to know more about this film and others only with us.
Share