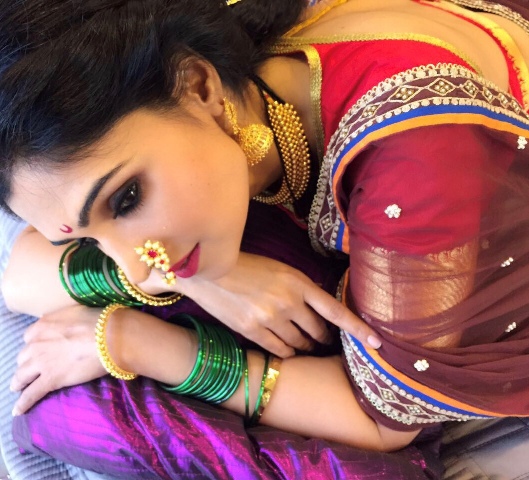 Trupti Toradmal is a M Town actress who was born and brought up in Mumbai. She is the daughter of the late actor from M Town called Trupti Toradmal which is a big name in Marathi theatre and films.She did her schooling and college from Mumbai itself. She may be a stranger to the showbiz, as has acted in both the small and the large screens, while the actress is well aware of the fact about the kind of preparation that seemed to have gone making a movie. She is doing her debut with the M Town film opposite John Abraham called Savita Damodar Paranjpe, which is inspired by true incidents and is a psychological thriller.

She started her career with theaters for obvious reasons as her father was a popular man in the theatre industry, while she acted in several plays starting young. She then got the chance to enter into the small screen with the TV series called Kalash Ek Vishwas aired in the star group channel. This show at Star Plus with known actresses like Sanjeeda Khan gave her a decent exposure in the small screen and she was applauded for her work and performance in the said TV show.  While as a child actor she also has worked in shows like The Waiter in Slow Motion and Hum Dono.

In fact, with her impressive performances, she got the chance to act in the M Town film which is being produced by John Abraham under his own banner JA Productions, while he is also doing the lead role in it that opens up his journey in M Town. The actor has been knowing her father since long and his work as well that has impressed the lady who is all set to give her first M Town film in her career next week. Now talking about the personal life of the lady, Trupti Toradmal is very much single and not dating anyone despite being the most eligible spinster in M Town. She is focusing on her career and says she can get these things later in her life. Stay tuned to know more about her and others with us.