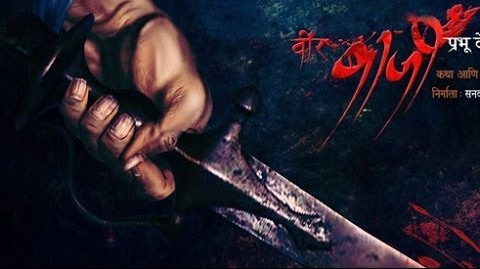 After the success of Aai Shappath in 2006, Shreyas Talpade has once again returned with a big bang in Marathi Cinema with Baji as both actor and producer. Baji is touted to be the first superhero Marathi film. Nikhil Mahajan is the director and has earlier tasted success with Pune 52. This movie is produced by Vivek Rangachari, Arun Rangachari, Suhrud Godbole, Amit Ahirrao, Nihikl Mahajan and Hrishikesh Kulkarni.

The movie is based on the original story scripted by Suhrud Godbole and Nikhil Mahajan, while the dialogues are provided by Shrirang Godbole. Amruta Khanvilkar plays the female lead in Baji and Jitendra Joshi as antagonist. Atif Afzal has lent music. Vasu Rane is considered to be the movie’s DOP, while the editor is Abhijeet Deshpande. This movie is slated to be released on the 6th of February, 2015. The theatrical first look is out for everyone to have a look at.