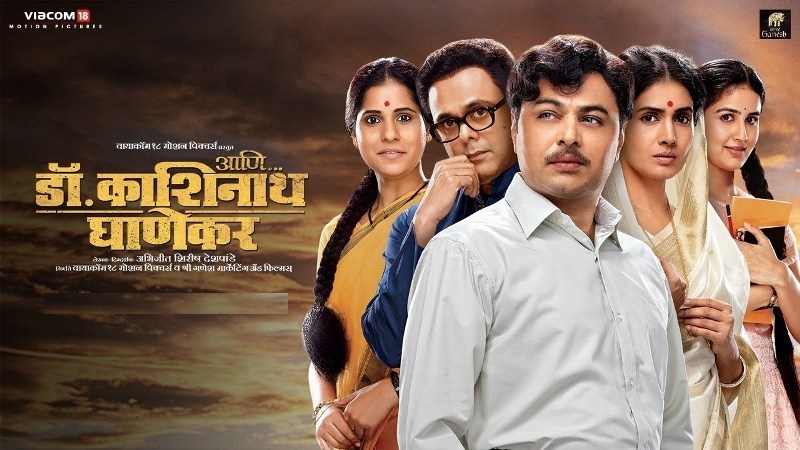 Director – Abhijeet Deshpande
Starcast – Subodh Bhave, Sonali Kulkarni, Sumeet Raghavan
Genre – Biopic
Runtime – 2 hours 39 mins
Rating – 3.0
Plot
The film revolves around the life of a dentist called Ghanekar who is an artist at heart and always wanted to work in films and theatres. However, his father never allowed him to pursue his dreams until his last breath. So, what really goes the next is interesting to catch.
Review
The film deals with an important issue reasonably prominent in the life of families who have kids who want to pursue the dreams of their parents rather than themselves. The director has tried to present the theme in a right way leveraging the potential of the actor, Subodh Bhave and the way he has played the character. To showcase the life of any multi-layered persona of an actor is monumental task and director has tried to keep the spirits high. However, with this positivity, there are several negative stuff to deal with. The movie fails in creating the kind of era, which the story is based in, however, the performances and progress of the story would keep the audience hooked.
The actors in the key role include Sumeet Raghavan,  Prasad Oak, Sonali Kulkarni, and Mohan Joshi who played different characters did a decent job giving an edge to the film. But one man that did the best was Subodh Bhave while playing the screen version of Ghanekar. He merely has nailed it with incorporating the style and mannerisms and in a way becomes a treat to watch. It would be fair to say that his role of Kashinath Ghanekar can create an aura for the person around the audience while watching the movie.
Ani Dr. Kashinath Ghanekar – The Last Word
The film has a couple of things that makes the film a worthy watch. All in all one can find some of the best performances of the actor along with story worth considering. It can be a decent watch this weekend.