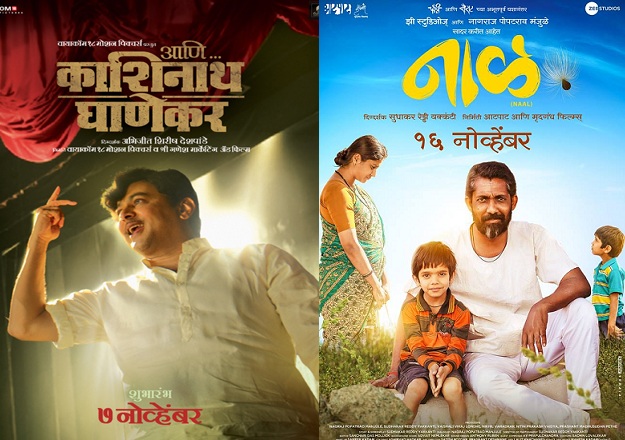 Two movies released last Friday in M Town, which include Naal and Ani Dr. Kashinath Ghanekar, let’s talk about the former. The film is a family drama, which had showcased some of the best performances of the lead actors over the silver screen. The critics have given a decent ratings and the buzz for the movie has been on the higher side giving the audience fair amount of chance to catch. However, the makers failed to market the way it deserved in the media. Except minimal amount of promotion, the makers relied more on the social media marketing activities, which somewhere has hampered the collection in a big way.
As per reports, the first day box office collection was meager reaching barely to 70 lakhs on the first day. The second day witnessed some amount of increment giving a collection of around 80 lakhs while on the third day which was Sunday, the collection for the film went on the highest getting 1.10 crore. So, the first weekend box office collection for Naal reached to around 2.60 crore. The similar was the story of the other film released the same day. The film Ani Dr. Kashinath Ghanekar had witnessed similar sort of buzz in the media ever since its trailer was released.
However, the critics were that compassionate to give good reviews and thus Ani Dr. Kashinath Ghanekar got the mixed reviews. This has somewhere hampered the collection of the film in a big way as it failed to create the kind of word of mouth buzz for the film. The movie opened up with a meager 50 lakhs on the first day, while the second day went on to collect around 60 lakhs while on the third day which was Sunday, the collection went on reach at around 90 lakhs. As per reports, the first weekend box office collection went on to score 2.0 crore, which is still an okay figure for the film with meager buzz in the media. Stay tuned to know more about the film and others only with us till then shoot your views on it.
Share