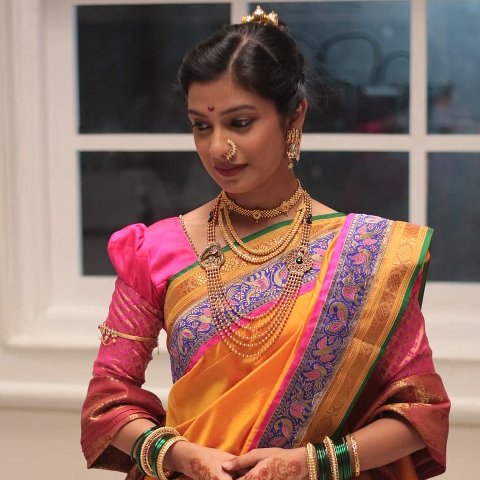 Amruta Pawar is a Marathi TV actress who hails from Mumbai. She was born on 15th April in Mumbai and was brought up at this place only. She did her schooling from a Marathi medium school called Parle Tilak Vidayala Vile Parle, Mumbai. She then headed to R A Podar College of Commerce and Economics Matunga, Mumbai completing her graduation in commerce in 2016. She is currently pursuing her masters in commerce from Mumbai University. She worked with CA as an accountant but since was fond of acting she headed to the small screen world. 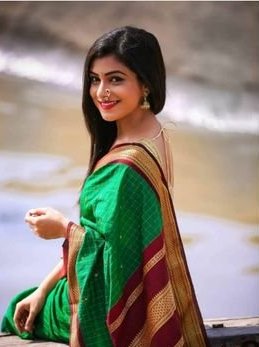 She did her debut in a Marathi TV show called Duheri aired at Star Plus in the year 2018. She played the character called Neha in the said TV show. The show completed 569 episodes so far. She then bagged another TV show on the same TV channel called Lalit 205 where she played the character called Bhairavi with the actor Sangam Salvi. She also had danced with the actor in the New Year Bash show called Ye Re Ye Re 2019. Talking about her personal life, she has been always active in cultural activities.

She participated in Debate competition and has bagged a couple of awards for the same. She represented her college at the national level bagging the trophy as well. She also was active in dance and participated in dance competition from her college getting the prize for the same. She will be soon seen in the TV show Swarajya Janani Jijamata with Nishtha Vaidya and Swapnali Patil aired at Sony Marathi. She is single and not ready to mingle. She is not dating anyone as she is focusing on her career.