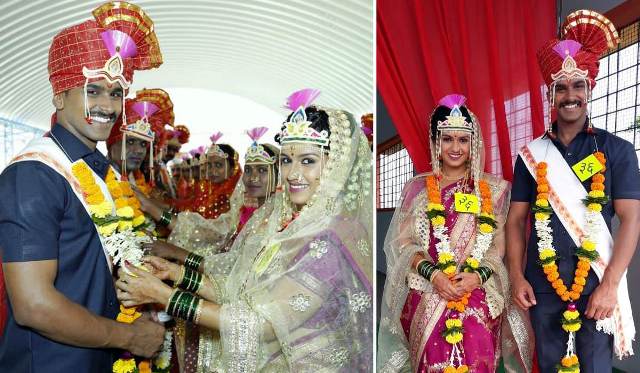 The Zee Marathi TV show called Lagira Zhala Ji is among the popular TV shows among the Marathi audience. The show has completed its 300 successful episodes and has known to won the hearts of many people across the state. The audiences have been enjoying the love story between Ajinkya (played by Nitish Chavan) and Sheetal (played by Shivani Baokar) very much their own as they are able to relate the same with their lives.
Both the lead roles in the show called Sheetal & Ajinkya have witnessed some of the best love topsy-turvy which were seen in the day to day TV show while projecting the characters in the serial. But against all the odds, the duo is still coming together and are seen binding together with the divine wedding knot! Yes the lead actors are not getting married in the TV show. The said wedding will be showcased on 30th of May 2018 episode.
But looking at the story of the film, the lady was married hurriedly to someone just to cause her boyfriend and herself the trouble for their love story. On the other side, her husband too is creating problems for her in-laws. Hence she was facing too much of problem which finally made them part their ways.
This then re-united the two giving them a fresh start that made them to call upon their marriage in the presence of many people. So, how would be the marriage, it would be interesting to catch, so what do you say about it do comment about the same and let us know after watching the show on the given date how did you find it.