Adinath Kothare to act in adaptation of The Lion King ? 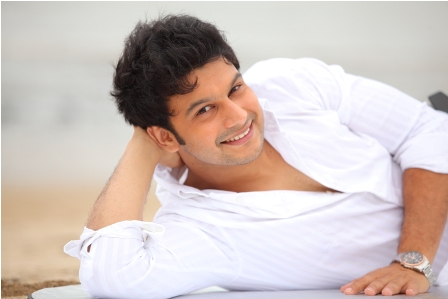 Adhinath Kothare recently tweeted with a pic in which he was holding a DVD of the classic Disney movie The Lion King. The actor who has had a wonderful career in 2014 so far has two big successes recently in Avatarachi Goshta and Premasathi Coming Soon. With the pic he also wrote that soon the fans will find out the connection between the movie , The Lion King and Adhinath himself. Well that makes us wonder whether the actor has been signed to act in an adaption of the classic story. The Lion King is based on Shakespearean play , Hamlet and is a much popular one with kids as well as adults. It has been adapted several times on screen.

Adhinath whose father is a successful film producer in Marathi is one of the successful young actors in Marathi films. When asked for clarification about the truth , he said that it will be revealed soon when the time will be right. It seems like Adhinath intends to keep his new project a secret and to keep us wondering whether he is indeed playing a part in the movie adaptation.

Adhinath was recently termed as the lover boy of Marathi cinema because of the romantic roles he played. With Avatarachi Goshta he switched to more realistic roles and a different genre all together i. e. children’s films. Before this, he and his actress wife , Urmila Kothare posted their cycling pics on twitter.