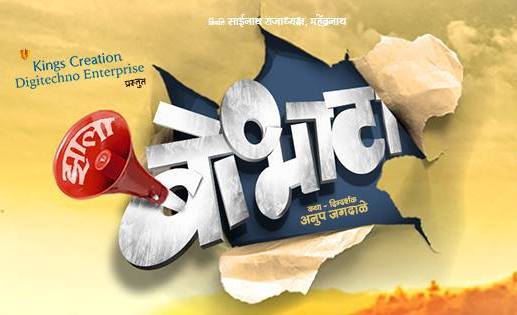 This January you have an interesting comedy hitting the theatres, which is called Zala Bobhata. The movie is directed and written by AnupJagdale, while the film is produced by Sainath Rajadhyaksha,and Mahendranath Tripathi under the banner of Digitechno Enterprises & Kings Creation Digitechno Enterprises.

The film has Dilip Prabhavalkar, Sanjay Khapre, Kamlesh Sawant and Bhau Kadam in the lead actors while Mayuresh Pem and Reena Agrawal are seen in the supporting role. The music is given by A V Praful chandra, while lyrics are jotted down by MangeshKagne whereas the editor is Faisal Mahadik. The director of photography is Krishna Soren.

As said the movie happens to be a comedy film, which is all set to hit the theatres in January 2017. The film has some interesting characters in it that are shaped in such a way that give you nothing but all the reasons to laugh. The movie would be interesting to catch and falls under the family category with no cuss words and adult content in it. The film is currently gearing up in its post-production stage, which means it has soon to witness its promotion in the media. The promos released for the film is getting a decent response in the media.