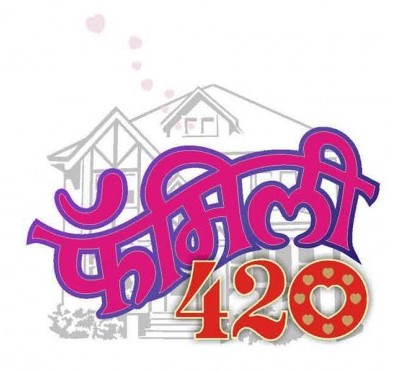 The Family 420 is an upcoming Marathi movie produced by Rajesh Sharma under the banner of Lavanya Creations & Productions while it is directed by Santosh Gaikwad. The film falls under the category of comedy, while it has an interesting star cast like Rajesh Sharma, ‎Sunil Pal, ‎Govardhan Asrani, ‎Aashish Nevlekar and Sukanya Kulkarni in the leading roles, while ‎Vijay Patkar, ‎Geeta Nikharge,‎ Harshada Patil, ‎Pooja Naik, ‎Swapnil Rajshekhar and Vijay Kadam in supporting role. The film has the screenplay by Rajesh Sharma, Subodh Nagdive while the music is carried out by Sushil Pendhari and photography is carried out by Monty. The film is all set to release in December 2016.

The film is all set to have the motive of cater a complete entertainment package to the audience. As per the makers of the movie, the film is a great blend of a number of actors of both M Town and Bollywood film industry. The film has entered into the promotion mode as it completes the post production thing and makers therefore are seen gearing for its promotion in a big way.

This will be the best film to cater in M Town and has been catering the best in terms of comedy and other elements in it. The initial posters and promos released earlier have created a good amount of buzz in the media.