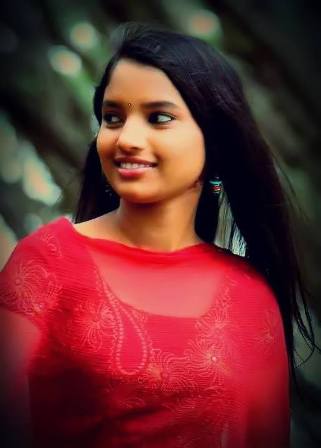 In her role as Shalu, in Fandry, Rajshree has very few dialogues. Yet the actress received much appreciation in this critically successful film Fandry that had Somnath Avaghade playing the male lead around whom the story revolved. Rajashree was studying in nineth standard then when the film maker Nagraj Manjule decided to cast her for the role of the affluent village girl Shalu between whom and Jabya(Somnath Awaghadhe) love blooms amidst cast and social differences. The actress was beautiful in her charming and elegant portrayal of Shalu’s character.

Rajashree was born and brought up in the cultural fervent city of Pune. Her father is a bank employee. None of her family members are in the film making industry. Rajashree was alien to the camera when she was picked up for Fandry. But with her simplicity and confidence she excelled in her work at such a young age.

Born on 8th April 1998, Rajashree is looking forward to taking her studies and acting career together. After passing her HSC, she is now planning to enroll for a course in B Com.

In 2017, Rajashree’s second movie Item Girls will be releasing. It is a love story with young characters and a fresh setting.