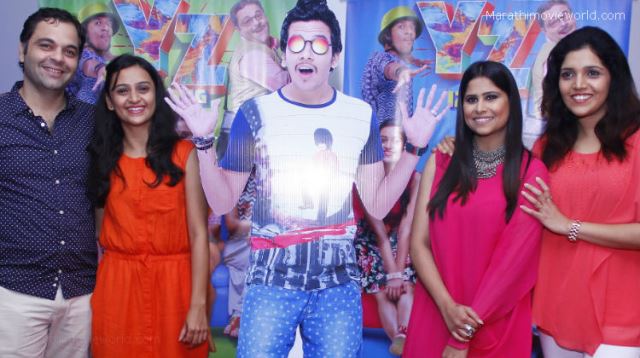 The most awaited Marathi movie YZ from M Town seems to be doing waves in the media. The makers of the movie have embarked with its trailer recently, which seems to be gaining a decent response from the audience. The trailer release was a gala event, however, amidst all the celebration, the lead actor of the film particularly Akshay Tanksale was seen missing. He was replaced by his cut out, which was displayed over the venue in order to make his presence felt during the group photographs having other artists of the film.

So, if you are wondering where the lead actor Akshay Tanksale was and why his cut out was displayed over the venue, keep it very clear that the actor was busy shooting for his next film in London. This was the key reason why he was not seen in the show. During the trailer launch of the said movie, the entire cast and crew was present including the actors, the writer, the producer and director of the film were seen present at the said place. As per the current buzz, the film has already created a good buzz in the media and now it would remain to be seen that defines the title which is finally hitting the theatres on 12th August 2016.