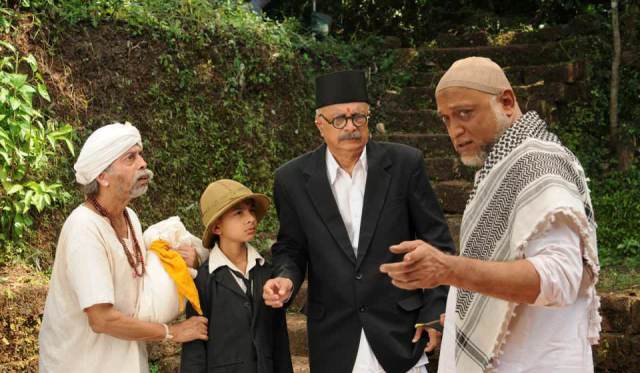 Age Group: The movie is made for all ages .

Finally the movie “Vitti Dandu” which was in the mouths of everybody touched the screens this Friday. And as soon as the movie was on the verge of getting popular time by time, very next moment the activities get triggered for the movie response and reviews, so without wasting any time let’s put a light on that.

The entire movie revolves around a story of beloved grandfather who’s very concern and protective about his son, who are living in village along with some Hindu & Muslim villagers who are against British rulers. The grandfather urges his grandson to respect and salute the British officer posted to their village, however, the movie climax turned into play when a fellow British Commander Koufner – An officer who had shot dead his son and daughter-in-law in the freedom movement sometime back and actually joins as an officer in the British Empowerment.

The entire story to live in a village got triggered when Grandfather – Ravindra Mankani takes his grandson – Shubhankar Atre for outing to a village in which to make him aware of the natural beauty of village and villagers, wherein he explains the entire scenario and story of a game “Vitti Dandu’ to his grandson, a game which is usually played by children like a small sharpened wooden object hit with a handy stick and named as “Vitti Dandu”. In addition to this, if we talk about the casting roles then here all the stars and co-stars have really impressed the audience with their respective roles. Highlighting one of those is Dilip Prabhavalkar – A man stand out to be the alone eye catchy character as a grandfather and last but not the least Mrunal Thakur – A dancer in the movie.