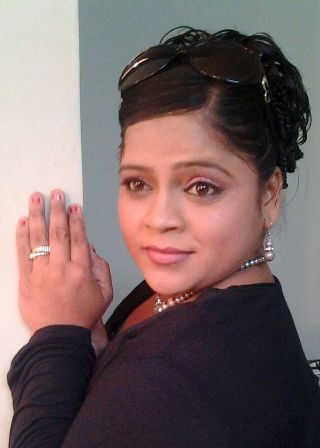 Vishaka Subhedhar is a popular face in M Town. She hails from Thane who was born on 22nd March 1976 in the said place in a non-filmy background. She went for her schooling from New English High School followed by college from Mumbai followed by joining a dance school called Nalanda Nritya Kala Mahavidyalaya. After completing her dance, she then headed to join theatres and has been part and parcel of many plays. Soon she got married and shifted to Ambernath, however, her dream to become an actress didn’t fade and she continued her struggle to make big in the M Town. She went long to Mumbai taking long route via the local, which is regarded as the big part of her early acting saga. However, she won MHADA Lottery and then shifted to Mulund, Mumbai.

She worked in different odd job profiles before she made big in the acting world. These include dance teacher, salesgirl for dress material and so on. Some of her plays include Ek Dav Bhatacha ,Bhatachi Bypass and JauBaiJorat to name a few. She was applauded with a reward for the Best Comedy Actress Awards   from “MAHARASHTRA TIMES SANMAN, in 2006” and getting the same award At SANSKRUTI KALA DARSHAN the very same year and later won the Best Actress in Comedy Role  Of   “Reliance Biggies Award 2010.

Soon Vishakha Subhedar got the chance to work in small screen doing her debut in Marathi TV serial called Ka re Duravaplaying the character ofNandini in it followed by another called Fu Bai Fu for several seasons giving her recognition in the acting world. This followed another TV show called Comedychi Bullet Train. Soon she did her debut in M Town with the film called Sasucha Swayamvar. Some of her earlier movies include Sundar Maajhe Ghar, Saasubai Gelya Chorila, Balgandharva and Harishchandrachi Factory. Some of her movies include 4 Idiots, Yedyanchi Jatra, Fakt Ladh Mhan, Mast Chalalay Amcha, Guldasta, Zapatlela 2 and B. P. (Balak – Palak) to name a few. Her recent movies include Gondya Martay Tangda. As far as her personal life is concerned, she is married to Mahesh Subhedar since 1998, who is an engineer, dubbing artist and actor.