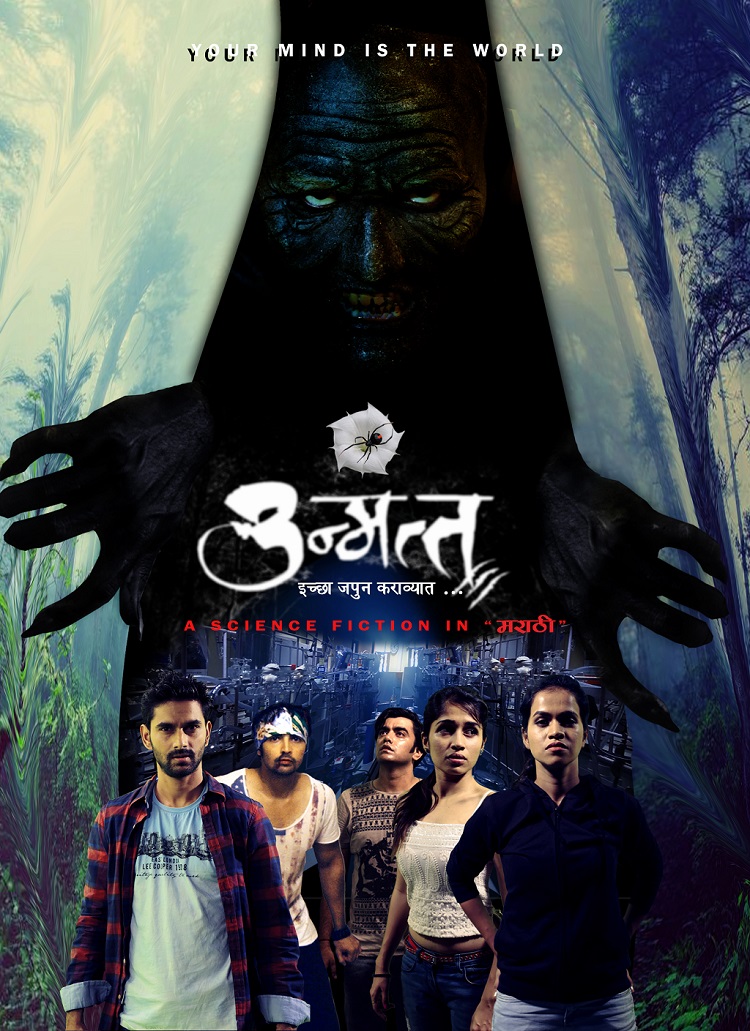 Aditi is a student of literature, suffering from Post-Traumatic Stress Disorder after being raped as a child and suffers from frequent sleep paralysis. Siddhartha is an inquisitive science student, who is experimenting on Telepathy using mind-altering drugs. He persuades his 3 friends Nuha, Chaitanya, and Vijay to support him in his bizarre initiative. After initial success in his experiment with Nuha, all 4 of them decide to experiment together at a farmhouse. Aditi joins them as a sitter (like a designated driver).

However, the collegians’ exciting weekend adventure soon turns into a string of nightmarish events, when they are confronted with deep questions regarding their own desires and true nature of consciousness.

Independent filmmaker Mahesh Rajmane, 45 years old, is native of Maharashtra India from a small village near Sangli. He works in the software industry and follows his passion for cinema in his personal time. With no formal training in movie making, he decided to “learn by doing” and shot and released “Mukkam Post Dhanori” (A Marathi movie) in 40 theaters in 2014. His real interest is in science fictions and wants to bring the genre in Indian cinemas. He spent 2 years in researching and writing script of “Unmatta” after personally experiencing “sleep paralysis”. “Unmatta” is the finest piece of science fiction India has ever produced and is possible only because of Independent production.