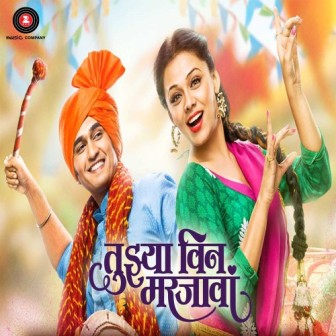 Set to be a different love story, ‘TujhyaVin Mar Jaavan’ is all ready to be released on 12th June, 2015. This inspiring, heartening and musically enriching love story is directed by directors Murali Nallappa and Ashok Karlekar.

The story revolves around Aniket and Nisha who are intensely in love with each other. The protagonists are played by actors Vikas Patill and Prarthana Behere and Atul Parchure and Prateeksha Lonkar play pivotal roles in this intense love story, which will surely make you fall in love once again. Both Vikas Patill and Prarthana Behere will be debuting in Marathi films with ‘Tujhya Vin Mar Jaavan.’

‘Tujhya Vin Mar Jaavan’ is produced by Pramod Films & One Minute Film Productions.The movie has Avdhoot Gupte as its music composer who has composed some soulful tracks for this romantic comedy movie with an element of drama. Though this is a Marathi movie, it has a Punjabi element about it. This is because Avdhoot has perfectly amalgamated Maharashtrian music with the Punjabi form of music. The lyrics have been written by Mandhar Cholkar&Vaibhav Joshi. Singers include Avdhoot Gupte himself and also other singers like Vaishali Samant, Mughda Karhade and Meenal Jain.

Apart from the great acting, fabulous storyline and melodious music, it is the unique storytelling that will surely keep you glued to the screen till the last scene. So, don’t miss the movie. Be sure to get your tickets along with your partner to watch the amazing love story, ‘TujhyaVin Mar Jaavan.’