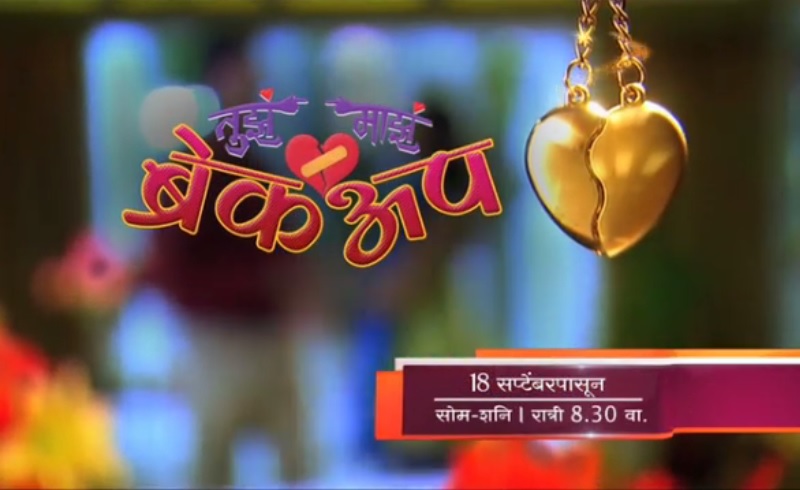 Synopsis: With every adding a new TV show coming on various channels including the Zee Marathi brings up loads of curiosity about the same. The TV Channel that started showing up a number of promos of their new TV serial known as Tujha Majha Breakup too has created a decent amount of buzz in the media. Now, we get to see the promos on the TV which has created a good buzz in the media. The TV show is all set to hit the small screen on 18th September 2017 and currently enjoys a decent buzz in the media. The timings of the TV show is aired at 8.30 pmwhich is aired between Mondays to Saturday.

The TV show will replace the current TV show known as Khulata Kali Khulena. Sainkeet Kamat and Ketaki Chitale. It will be aired even at the HD channel of Zee Marathi.

Talking about the show, it is a romance drama, which deals with the breakup and love story. Both the lead actors in the show have their second marriage and they tend to live together. But they have already lived together as husband and wife and soon got separated. However, with passing time they come in touch with each other to fall in love and come in touch to get settle down with marriage. You can have a glimpse of the show by catching up the promos of the show. So, do comment your views once you check the promos about this TV show and others only at us.