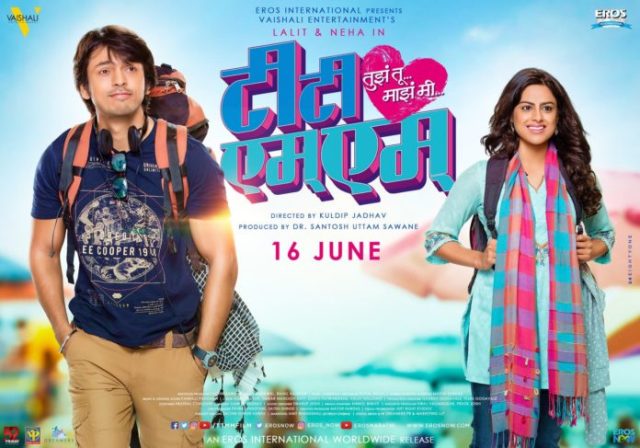 Synopsis: The film TTMM or Tujha Tu Majha Mi is an interesting love story, which is directed by Kuldip Jadhav. It has a long and interesting star cast, which include Lalit Prabhakar, Neha Mahajan, Vidyadhar Joshi, Savita Prabhune and Satish Pulekar in the lead roles, while Seema Deshmukh, Sagar Karande, Pushkar Lonarkar, Sharvari Lohakare, Pushkaraj Chirputkar, Bharat Ganeshpure, Sriram Pendse, Chetan Chawda and Jayesh Sanghvi will be seen in supporting roles. Before you forget, Kadambari Kadam is seen in the Special Appearance role.

The film is produced by Dr. Santosh Uttam Sawane under the banner of Eros International and Vaishali Entertainment, while the movie falls under the genre of Love story, while the story, screenplay and dialogues have been dealt with Tejpal Wagh. The music is composed by Pankaj Padghan, while the lyrics have been jotted down by Kshitij Patwardhan, Omkar Datt, Guru Thakur, Valay Mulgund whereas the Cinematography is carried out by Mayur Hardas

Plot: Talking about the plot of the film called Tujha Tu Majha Mi, which is commonly referred as “TTMM” is a small and sweet love story, which passes through an interesting and mischievous journey. It has all the elements any typical love story has, which include petty playful fights, differences among the love birds, lots of humor and emotions making an interesting catch for the movie goers. So, how it all works would be interesting to catch with when the filmy finally hits the theaters on 16th June 2016.