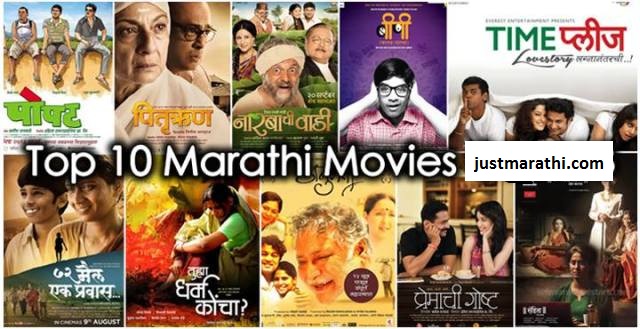 Paresh Mokashi directed Harishchandrachi Factory released in 2009. With Nandu Madhav playing the lead role, this film explored the life and struggle of Dada Saheb Phalke the person who is credited with the making of the first ever feature film in India in 1913. It also depicted the beautiful relation between Phalke and his wife,played by Vaibhavi Deshpande.  It became hugely popular with the Marathi audience and won many awards including National Best feature  film in Marathi 2009.

Chandrakant Kulkarni  directed Tukaram was noted for it’s realistic portrayal of the spiritual poet , Sant Tukaram who lived in the 17th century. For actor Jitendra Joshi it became a career landmark. It was interspersed with  beautiful songs in the folk genre. It won Best Film and Best Director award at Star Screen Awards 2012.

This film was epoch making in it’s subject as well as it’s treatment. With two teenagers as it’s central characters, Shala  dealt with the struggles of teenage life and it’s musings when love sprouts . Sujay Dahake directed this movie which won many awards including National Best film in Marathi. Ketki Mategaokar and Anshuman Joshi played the lead roles.

Mahesh Majrekar directed Astitva explored marital relationships in the Indian society. It presented a Psychological analysis of the characters and the institution of marriage from the point of both man and woman . This film which was made in Hindi and Marathi simultaneously gave new recognition to accomplished actors like Tabu, Sachin Khedekar and Mohnish Behl.

A mentally challenged boy turns out into a painter with the right encouragement and support. Chaukhat Raja is a sensitive portrayal of the Marathi society with stark reality is both painful and touching. Veterans like Dilip Prabhavalkar, Smita Talwalkar and Sulabha Deshpande gave splendid performances in the movie. It won the state award for best Marathi film.

This came as an exceptional landmark in the history of Marathi cinema. A lesson in film making, Shwaas was the heart wrenching story of a grandson and grandfather. The grandson suffers from retinal cancer and the operation will leave him blind. What can a grandfather offer to the boy who knows he won’t be able to see the world the next day? It was India’s official entry to the Oscar.

A village , Politicians and religion! What happens when these core elements of Indian society are in friction with each other? Nana Patekar and Naseeruddin Shah and Dilip Prabhavalkar gave splendid  performances to make it a national award winning film.

Atul Kulkarni and Sonalee Kulkarni came together in Natrang which was based on the back drop of theatre and gender bias.

An Indian woman as Surrogate mother for a foreigner forms the centre of the film. The complicated emotions related to motherhood in India was portrayed beautifully by this Urmila Kanetkar starrer film.

Sachin Khedekar , Ashwini Bhave and Mahesh Manjrekar play lead roles in this story based on political background. It won the national award for Best feature film in Marathi.