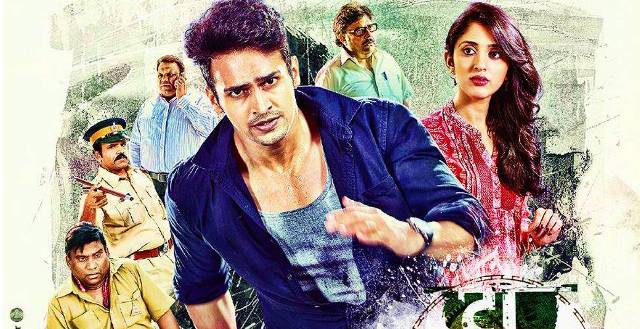 Time Bara Vait is suspense thriller that keeps the audience on the edge of the seat with a perfect tale of twists and turns. This Marathi remake of a hit south film, Neram, is full of masala ingredients that keeps you glued to the story with a spine chilling climax. The complicated plot and the ups and downs in the life of the characters is thoroughly entertaining. The treatment to the theme is novel but the repeated flashback  sequences might irritate the audiences a bit. Nevertheless, the film has novelty and realistic portrayal of characters.

Bhushan Pradhan , Nidhi Oza and Satish Rajwade , Hrishikesh Joshi play lead roles in Time Bara Vait. Bhushan plays Rahul, around whom the story revolves. After losing his job, he is compelled to borrow money from a notorious goon in the city. The dreaded goon does not leave him in peace and stands demanding for the amount very soon. Rahul , with a lot of hardship, tries to pay back the money in installments but fails to complete the amount. This drives the goon, played by Satish Rajwade crazy and comes after Rahul’s life also attacking his fiancé played by Nidhi Oza. Caught in  a trap of money trouble, Rahul tries to keep his cool and deal with the problem. How the youngster unravels the trouble and saves his love creates a thrilling story.

Though the story sounds jaded but the treatment of it in the story is marvelously exciting. The twists and turns and flashback sequences shown does not leave a moment of boredom for the audience. The story progresses at a fast pace.

Bhushan Pradhan carries the entire film on his shoulder and comes out good in the essaying the role of an enterprising mind caught in an excruciating trouble. He is the spirit of the film and is matures with the story. His chemistry with Nidhi Oza is interesting and passionate. Nidhi matches with Bhushan for his skill full acting and good timing. Satish Rajwade who plays the goon has many shades to his character. Shady and intimidating, this goon puts up a good performance.

Directed Bhatnakar shows immense diligence in bringing out this remake with the same essence of the original. Though there is not much of creativity in the work, the director succeeds entertaining the audience. this thriller , that lasts only for 2 hours, there is enough moments when the audience experience the adrenaline rush. That’s a huge plus for the film.

It’s a good watch for a fun weekend. Enjoy!