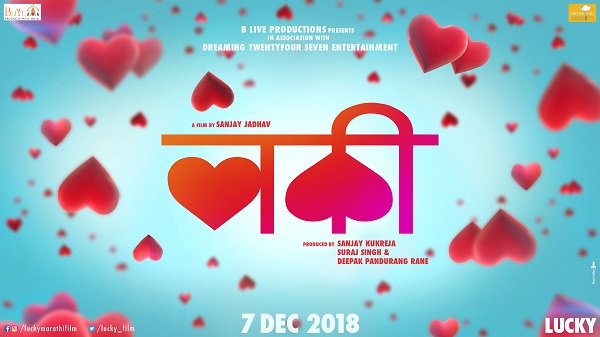 The film in M Town called Duniyadari and Ye Re Ye Paisa has one thing in common, yes the director – Sanjay Jadhav, in fact he is a known name in M Town give a number of movies, which include these two as well. As per the latest buzz, he is now working on his upcoming movie called Lucky. He is directing the film while it is produced under the banners including ‘B Live Productions’ and ‘Dreaming Twenty Four Seven’, with the producers like Sanjay Kukreja, Suraj Singh and Deepak Pandurang Rane.  The ‘B Live Productions’ have been in the domain of music and events and now opening his innings in film production along with others in this Sanjay Jadhav film.
As you check the starcast of the film Sanjay Jadhav has made sure to consider some decent one, which would be called as the biggest USP that has made everyone very much excited about the same. However the director Sanjay Jadhav has stated that he is into the pre-production stage and soon the movie is likely to hit the floor with the production ending up by November and they would enter in the post production phase along with the promotion of the movie.
So going as per this line, the filmmaker went on to announce the date of the release as well. The film would decide upon the casting of the film. The other specialty of this film was his announcement made about the film release which seems interesting considering the fact that the movie is still into the pre production stage. Well, the director has planned everything to decide upon the release date in advance that goes to around 7th December 2018! Well, the director is yet to discuss about the story of the film except the fact that the film would be heist comedy. So, what do you think about the same do let us know about the same.
Share